Rp Sample from a Naruto Site. My Grammar isn't that well because english isn't my first tongue.

Sithis had mad his way slowly from his house. He wore a simple Outfit, Shorts, ninja shoes, boxers, and t-shirt. He made his way slowly towards the training field on a warm sunny day and slowly sat down on the ground his legs crossed as he begun to slowly Medaintine from the stress of his parents death. He closed his eyes and shook his head he knew that his parents would not want to see him suffer the way he was been since there death, if they were still alive and he was briefing for someone else but it could not be helped at all. He shook his head and stood up today he will be inventing a clan based jutsu that he plans every clan member from his clan will hopefully learn the learning and inventing part worried after, that using it would be a piece of cake.

The Reason learning and inventing would be hard because he was inventing a complex Jutsu that was for his Kekkai Genkai. Plus the Jutsu would be classified as AN SS rank jutsu. He shook his head and then nodded with the war going on. This jutsu can come in handle in sticky substations. Plus the jutsu was a Jutsu that killed an enemy. Intimidatingly after crushing. It will drain quite a some of charka. Without further a duo. Let begin with the training he thought slowly towards himself. He closed his eyes and begun to focus his own charka around his body and then send that charka that was around his body into the air, the minute he sent the charka out, a massive negative gravity charge. Sent the Jounin flying.(Like a force push from Starwars.) The Jounin flipped in mid air, and landed on the ground. This was no something he expected already he was starting with a bad start.

Shaking his head slowly as he slowly stood back up in a gentlemen fashion manner. And again closed his eyes and begun to focus. And again begin to focus his charka around his body and then send charka out into the air, again the navigation charged pushed him away further and further, as he flipped and landed on the ground. He shook his head, there had to be a reason why this was happening there just had to be a reason, He slowly sighed and begun to do the same. Thing simply closing his eyes and beginning to and this time he sent out more charka, this time it worked, the winds picked up in the most deadly and heavenly fashion, as the nearest tree, was rattly destroyed within impact. The Funny thing was about the tree, it no longer was even seen by the naked eyed. This thing that he just created was a dangerous jutsu that if used on in enemy will kill them. He felt disappointment, he didn't like killing, then again he was a Jounin. Shaking his head, as he dropped towards one knee as the charka drainage was quite the toll. He shook his head, this was getting to be a nerve reckon jutsu.

Then again his parents, like he said would have been proud that he turned out into a Fine Ninja. Nodding he decided to Produce's with the creation of the jutsu. Shaking his head he stood up and begun to focus his charka, around his body and then send that charka out into the air with some incensed of charka. As that was done he would begin to slowly aim his to search out his target his target was a another tree, He would slowly begin to crush before quickly changing and crushing it. HE then collapsed on the ground after wasting charka. He had awaken ten hours later. Drained like a bloody monkey still. Shaking his head, for the next ten hours he decided to medatine and focus on recovering his charka, tomorrow was gonna be a bloody drag.

As the next morning came, he opened his eyes slowly and begun to to stand up, feeling fully refreshed he would begin to close his eyes and focus his charka down towards his body and then send a little bit of charka out into the air, and then send a little bit, opening his eyes he directed his jutsu to another target and it begun to get crushed immediacy. He shook his head in simple disappointment again as the toll took place. The Jutsu seemed to work perfectly fine but the drainage was just to much. Shaking his head as he begun to focus again connecting charka around his body before sending the charka out into his body and then out into the air, and sending more charka after that as that was done he would then slowly. To find his target, and then execration the jutsu on another tree. Crushing it again. Then again the man fell towards the ground in an empty aura of bloody pain. Waking up twenty four house later. He would slowly feel drained still. Damn this jutsu was just something. Shaking his head in disappointment he decided to rest up for twenty four more hours to recover his charka.

He sat down crossed legged as he begun to close his eyes and medatine. When the 24 hours passed. he would then slowly up his eyes and stand up he decided he would do something different regarding training wise. And to see if it would work or not. He closed his eyes and simply shook his head he begun to focus his charka around his body and send that little charka into the air, then he quickly begun to manifest the charka into the the current wind element as it begun to rush around the air. The wind begun to pick up, and then he would send a Gravitational pull around the tree, the tree that second was crushed down towards the ground. Like the bloody good little dog tree it was. Then again the Tree was not small it was in fact huge. He dropped to one knee and simply closed his eyes damn this was a pain in the ass, two days with food or water was really tiring. He had hoped to go back, but he was determined to finish then and then eat, drink, take a long hot bath, and relax, and sleep.

Shaking his head in mere disappointment he stood back up and begun to focus his charka around his body and then send the charka out of his body as he it begun to slowly manifest, a gravitation pull begun to effect the area, however the citizens of the Village was fine, these jutsu only locked on to one target of Sithis's chosen not all. He then choose another tree and as it was targeted it was again crushed, yet again Sithis fell on the ground slowly. Wasted, and heavily tired. He woke up ten hours later. And He decided to do one last trick or, two, before he headed home. He got up slowly and then sat back down closing his eyes legs crossed. As he begun to focus on recovering his charka, in the next ten hours he had stood up and slowly begun to focus his charka around his body and then surface the Charka into the air, then manifesting it as the gravitational pull took affect. As it took effect he Decapitated the target to be the furthest tree, 50 meters from where he was standing as it got crushed down. He then again dropped towards the ground, the length of the jutsu took a bigger Toll then just using the jutsu short range. Strange it was indeed. He got up slowly and sat back down, taken a bit to recover his charka he presumed he would need that to do his last part.

Plus he didn't want to be collapsing on the ground like before. He closed his eyes, and for the next twenty four hours he took time to recover. He opened his eyes as time passed. Man he needed food and water he was thirsty, very thirsty. He shook his head and spoke."I need to finish this, this must be done. We are ninjas. We are happy children, and feet." He said shaking his booty."Oh yeah we fun people." The Jounin was a weird one to say the least. He shook his head and simply sighed as the happened he would then. Begin to Focus his charka around his body and then send that charka into the air, as it manifested around his body he would then create a Gravitational Field, around the Village, roughly 25-50 Meters long, and within his desired he crushed the nearest tree down, without blinking or doing any form of movement, it was simple focus. He shook his head as the he spoke."Well, I guess I created a powerful clan jutsu, anyways time for me to enjoy myself, eat, drink, shower, do my daily duties and a long night of sleep. Take care." he said towards himself obliviously talking towards himself. As he headed back him.
The Guy

He's got Cena as a surname.. And he has a tendency to bitch and moan if things dont go his way.. From what I have witnessed anyway. Plus, we want wrestling RPs. Not Copy and paste RPs from Naruto.
Norgaard

If he trying to join us with a rp that was something he got from a different site not making one up himself. I would say no to him on the fact of a non original rp.
Steven The Wonder Boy

"The Reason learning and inventing would be hard because he was inventing a complex Jutsu that was for his Kekkai Genkai." 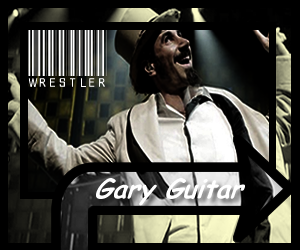 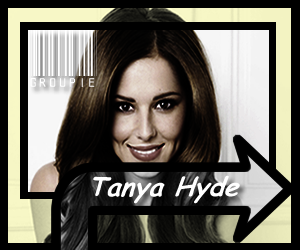 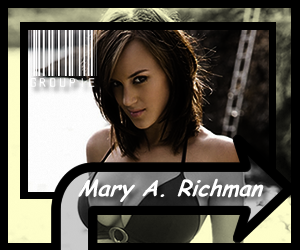 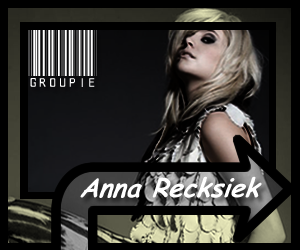 If you actually read what he wrote, then you'd know it's garbage. I'd be surprised if he actually wrote that, number one, and if he didn't write that, then he actually believes it's sweet enough to copy, which makes him even dumber then the dumb person who wrote this shit.
Bodangles 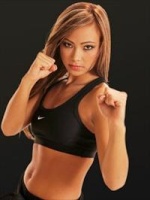 Vote result: No and worthy for a don't call me back list
Neroy

Vote result: No and worthy for a don't call me back list

"Don't call us! We'll call you!" *Hangs up, Deletes number, sells phone with microchip bomb to Alaska and lets it explode somewhere along the way*
Meredith

No. Plain and Simple.
paulthame

if he says English isn't his first language, and the English in what I read of the 'sample' is perfect, then it's not his.